Group Ceyssens recently invested 14 million euros in a new production facility of nearly 10,000 m² with a fully automated production line. The construction of the new facility began in March 2020 at the start of the first Covid lockdown. Despite the fact that the factory was subsequently forced to close temporarily for four weeks, the project did not suffer any significant delays and the new line has been running at full speed since June 2021.

CEO Dirk Ceyssens comments, “This challenge was no easy feat. We gave ourselves a year to make the transition from traditional manual production methods to a fully automated process. Thanks to the phenomenal efforts of our employees and a constructive partnership with our suppliers, we were able to bring this challenge to a successful conclusion. Over the course of only a few months, we built a new facility of nearly 10,000 m² in size, so that we were able to start building the new production line in October 2020. Barely five months later, in February 2021, we launched the test phase. This was the perfect way to train our staff in the new production methods. In May, a fully automated production process commenced and since June, barely ten months since we began building the production line, it was operating at full capacity. The entire process is now safer and more ergonomic, not to mention the fact that the end product is of even better quality, truly state-of-the-art. In concrete terms, we now have a production capacity of 200,000 m² of glass on an annual basis, enough to serve our customers effectively and flexibly. When it comes to future growth, we at Group Ceyssens are not only directing our efforts towards the Benelux, but also financially strong customers in Southern France, Russia and the United States for our high-end products.” 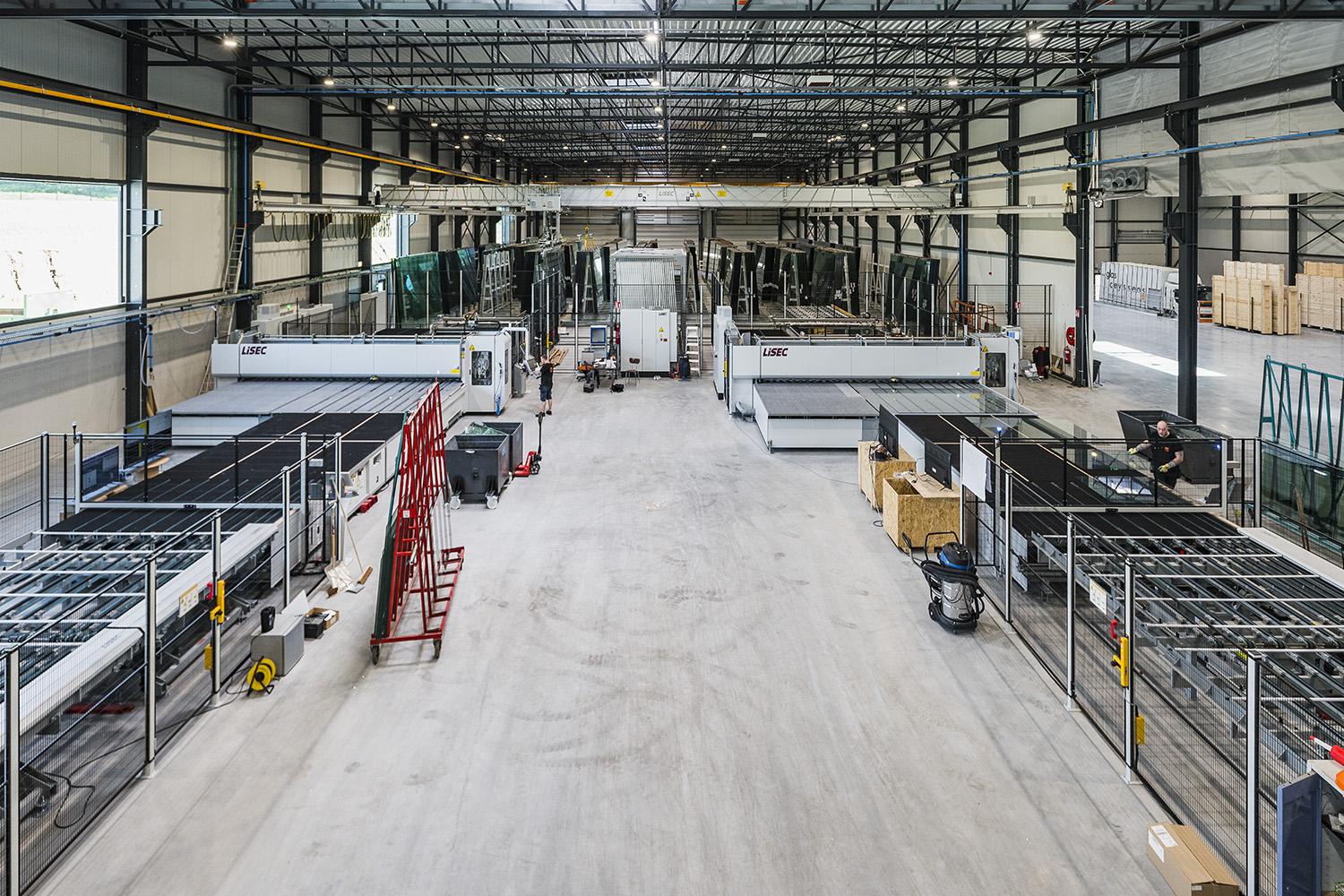